Four years ago, James O’Keefe released a video which showed how easy it would be for people to vote in New Hampshire using the names of deceased people. As a result of that video, New Hampshire changed its voter ID laws. Project Veritas Action revisited New Hampshire during Tuesday’s presidential primary election and again showed how easy it is to cast fraudulent votes with the new law fully in place. In this new video, multiple election officials and Bernie Sanders presidential campaign staffers offered advice to journalists using hidden cameras about how to circumvent the law.

Although New Hampshire changed their voter ID laws in 2012 as a direct results of a video released by James O’Keefe, Project Veritas Action was able to prove that the change wasn’t enough. Election officials as well as staffers for the Bernie Sanders campaign gave advice to PVA journalists on how to skirt the laws.

Project Veritas Action found that the voter ID laws in New Hampshire were easy to circumvent. It seemed that this fact was well known to the staffers in the Bernie Sanders campaign, as they took advantage of it.

Bernie Sanders NH Field Director Hugo Palma was caught using the campaign office address as his legal domicile address in order to vote illegally. According to the video, “half” of local campaign staffers also used the same address to vote in the primary.

While delivering a hard drive of the raw footage from our New Hampshire investigations to Governor Maggie Hassan’s office, James O’Keefe was served with a Grand Jury subpoena ordering him to surrender the video. Project Veritas Action

Australians talk about how they are here in the United States working for the Sanders campaign on the dime of the Australian Labor Party, which is a clear violation of FEC laws.

Upon the revelation that Australian tax dollars were paying to send staffers from the Australian Labor Party to the United States to work on Senator Bernie Sanders’ Presidential campaign, there was major backlash from Australian media sources and citizens. Herald Sun | Project Veritas Action 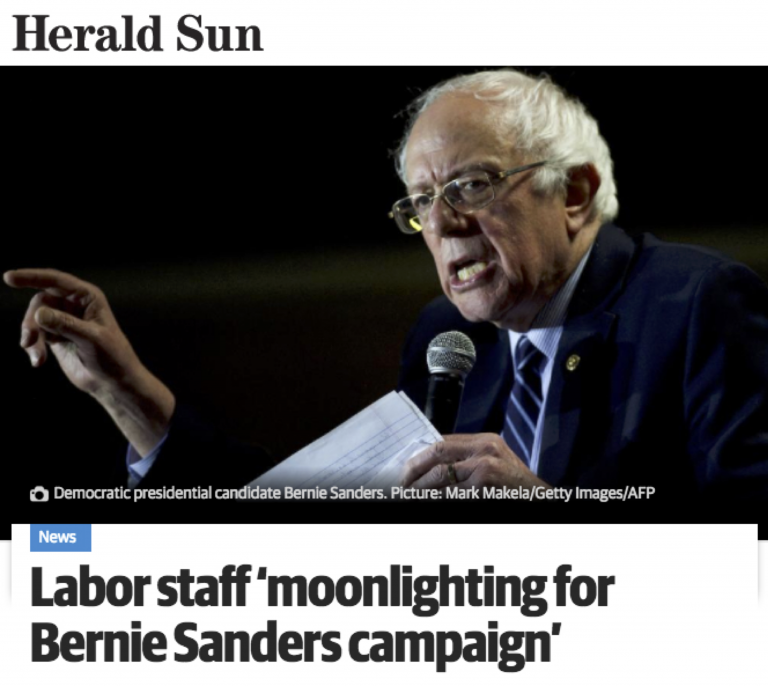