(Charleston, SC) In a new video released today by Project Veritas Action Fund (PVA), two South Carolina Field Organizers for the Sanders Campaign, Mason Baird and Daniel Taylor, are secretly recorded admitting that the Sanders campaign attracts “truly radical people.” They are also recorded brushing off the human rights atrocities committed by the Soviet Union and planning violence as a back-up plan depending on the outcome of Sanders’ election effort. Most revealing, Mason Baird says that these ideas are not “outward facing,” potentially signaling that the Sanders campaign wants to hide these intentions from the public. The recordings of Mason Baird and Daniel Taylor combined with the recordings released of Kyle Jurek (Iowa) and Martin Weissgerber (South Carolina) in the last few weeks give insight into the mindset of the people Sanders surrounds himself with and what they truly believe the future holds if Sanders wins the Presidential Election.

In the recorded conversation, Mason Baird (South Carolina Field Organizer) elaborated on how he envisions a Sanders presidency. In Baird’s view, creating a militant labor movement that is institutionalized by the federal government would be the best route to consolidate Sanders’ power. Here are the statements Baird made during conversations with a PVA journalist:

“I’ve canvassed with someone whose an Anarchist, and with someone who’s a Marxist/Leninist so we attract radical, truly radical people in the campaign but obviously that’s not outward facing…” 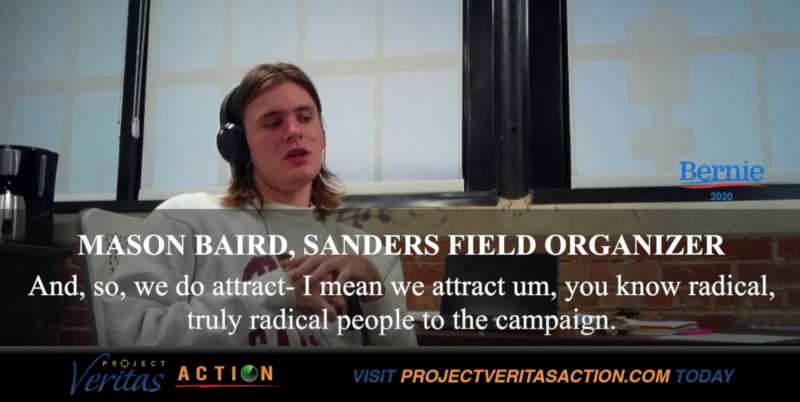 “Um…well, I think the goal is just to build a…you know, build a coalition…so, a lot of people…their politics fall outside of the American norm, so their politics are Marxist/Leninist, they’re Anarchists, so these types of folks they have more of a mind for ‘direct action’ for engaging in politics outside of the electoral system.”

“For the first time, for the first time, in like, my life, maybe even, probably most of our lives in American history, we’re going to have – like if we have Bernie in the White House, we’re going to have, a real plan for dual power; where we’ll have the presidency and we’ll have a mass movement, right alongside it, that’s like going to be like institutionalized and supported…and I’d like to participate in it.”

“…Once we break up Google, YouTube, Facebook, nationalize these things, then that would be a huge thing forward so far as education stuff goes.”

“We would need a federal government and labor union movement that is working together to strip power away from capitalists and preferably directing violence toward property. At the end of the day, this kind of stuff will come out through practice, through the work and it’s hard for me to talk about it in the moment we live in cause I think China today is not what Mao envisioned, right it was through the practice of Chinese people doing the work to create the China today. So, it never – we’re never going – I think a lot of the stuff – a lot of these answers are going to come through practice – we’re going to try things – things aren’t going to work – we’re going to move on to the next thing,  and we’re going to try to be as conscious and intentional about those things, but when you get into a certain level of detail, and depth, it’s like, that’s kind of my ‘cop out’,  it comes through the work, you know. The answers come through the work.”

“A militant labor movement is kind of our last – our last real chance before we try…other means.” 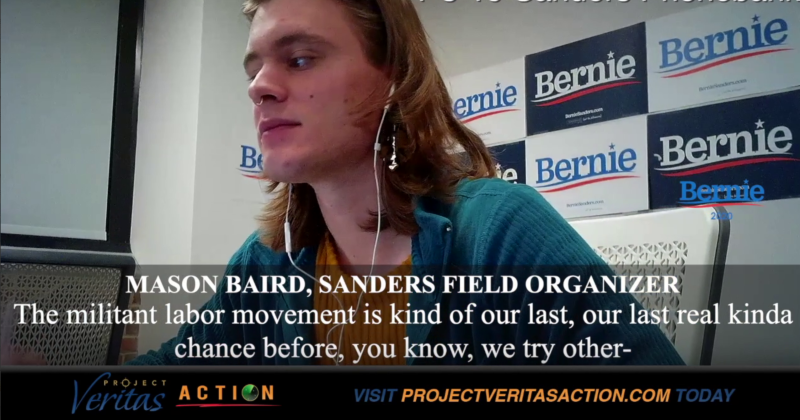 “…After we abolish landlords, we don’t have to kill them, that’s my feeling I think it’s damaging to the soul, but um, there were plenty of excesses in 1917 (Russian Revolution) I would hope to avoid. Labor, I think that’s a big source of power for us, and just try to gain as much leverage and power in the short time that we have. You know, Lenin didn’t have the internet, they were a peasant society, and I mean it was like, so you know I would hope that like, that we would – we’d have – we’d be doing a bunch of prep work before the capitalists got hip to what we were doing, I guess. That’s my best uh, I’m not excited about the prospect of armed struggle…”

“…And so I think that, um, I think if we pay attention to, to the lived experience of people in post-Soviet States and in Russia and things like that, then we do find that, yeah, like a lot of the stories we’re told in the United States about, you know, the Gulags and the persecution of the Kulaks and things like that are exaggerated…we certainly don’t have, uh, uh, a straight perspective on that stuff here in America.”

Daniel Taylor, also a Sanders Field Organizer in South Carolina, hinted at how there are preparations underway for “extreme action” regardless if Sanders wins or loses the election. Taylor speaks of the “extreme organizations” that would participate in such actions:

“For me personally, I have no problem going all in on the campaign stuff because you’re planting a seed…yeah, the whole socialist thing four years ago was a whole lot more toxic than it is today…”

“We don’t want to scare people off, you first have to feel it out before you get into the crazy stuff…You know we were talking about more extreme organizations like Antifa, you were talking about, Yellow Vests, all that but we’re kinda keeping that on the back-burner for now.”

“We have all this momentum, where do we go, regardless of the outcome, after it’s all over? Change won’t come easily, regardless. Even if Bernie is elected, change will not come swiftly or easily, so the connections we make now in the campaign with people, and volunteers, it’s important we retain that regardless of the outcome. It’s unfortunate that we have to make plans for extreme action but like I said, they’re not going to give it to us even if Bernie is elected.” 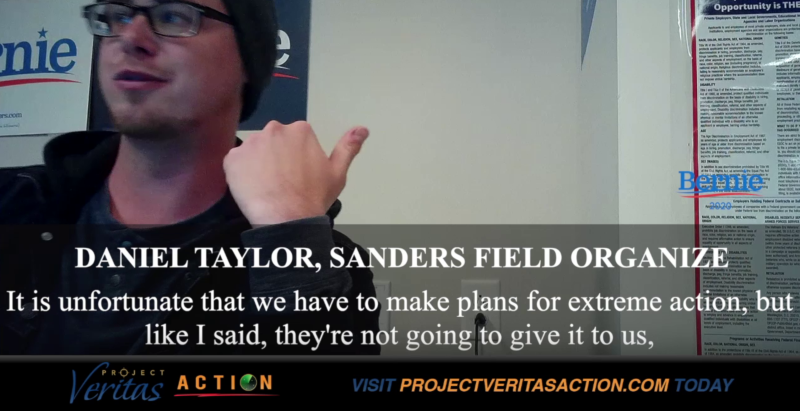 “Oh yeah, he (Sanders) has a history of protest and that’s what makes him so attractive to the younger people and those fed up with the bureaucracy. Bernie has been out there standing on the picket lines and doing that uncomfortable stuff…and I absolutely think he’d definitely endorse that kind of action because sometimes that’s what you have to do to get it done.”