(Des Moines, IA) A Bernie Sanders Presidential Campaign Field Organizer, Kyle Jurek, was secretly recorded bragging about his extreme left-wing fringe views, calling for violence and death to those who oppose Sanders’ radical policies. Kyle Jurek, who works out of the Sanders campaign Iowa office, has been paid at least $9,775 since starting in his official campaign role. Project Veritas Action Fund’s undercover journalists secretly recorded Jurek’s statements for months; recording footage on multiple occasions where he lashes out against Sanders’ Democratic opposition, President Trump’s supporters, and others. The recordings give insight into the mentality of many Sanders staffers and what they truly believe. In the video, Jurek details his expectations for the 2020 Presidential election and emphatically states that cities will “burn” if President Trump wins re-election.

Kyle Jurek believes that Democrats who oppose Bernie Sanders are also enemies of the socialist revolutionary cause, not just conservatives and Trump supporters. In exchanges with PVA journalists, Jurek unloads:

“If Bernie doesn’t get the nomination or it goes to a second round at the DNC Convention, f*cking Milwaukee will burn. It’ll start in Milwaukee and when police push back on that, then other cities will just f*cking (hand explosion).”

“The cops are gonna be the ones that are getting f*cking beaten in Milwaukee. They’re gonna call up the National Guard for that sh*t. I promise you that.”

“I’m ready to throw down now. I don’t want to wait and have to wait for f*cking DNC…The billionaire class. The f*cking media, pundits. Walk into that MSNBC studios, drag those motherf*ckers out by their hair and light them on fire in the streets.”

“Well, I’ll tell you what in Cuba, what did they do to reactionaries? You want to fight against the revolution, you’re going to die for it, motherf*cker.” 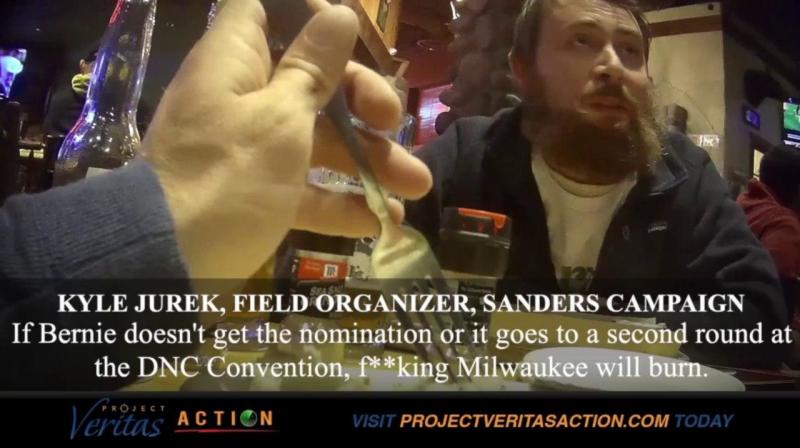 In another conversation, Jurek berates Democratic Presidential Candidate Elizabeth Warren’s supporters who apparently like Warren due to her being a woman, stating:

“Like, yeah, you know, I like Bernie, but I really want a woman to be -, it’s like, wait, so like you’re okay with a woman if she has worse policies. Like just because she’s a woman, because she has a vagina, that’s why you’re going to vote for her? They don’t like it when you say that because it makes them look like f*cking stupid because they are stupid. They’re like, ‘oh yeah, I’m going to go for…because she’s a woman.’ It’s like, okay, like…”

“Like, f*ck if we can beat Donald Trump, as long as we nominated a woman. Like f*cking idiot. Like what the f*ck? Like the world is on fire, this is an emergency situation, and you’re (Warren supporters) hung up on vaginas. 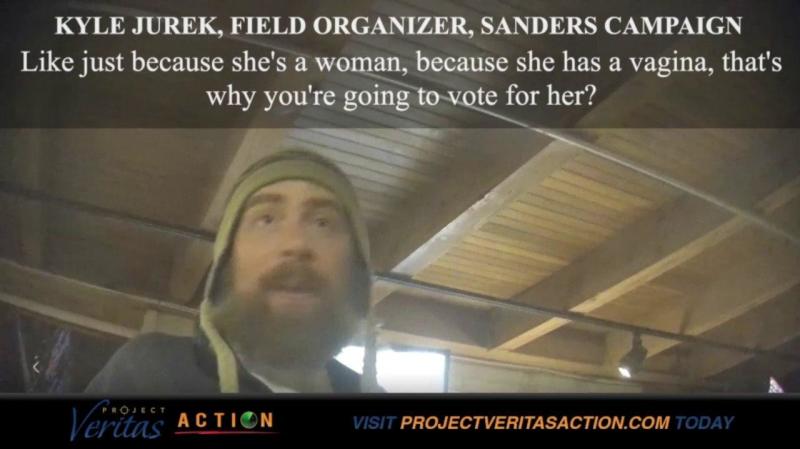 “Bernie’s a bad judge of character, so like he has like, uh, (Jeff) Weaver who is his like, one of his like campaign, like, like senior advisors, uh, is a sh*tty f*cking human. But he likes him. You know, Bernie likes him. Bernie’s, you know, he’s 78 years old, he’s like set in his ways. You know, if that’s one weakness that Bernie has it’s he’s a bad judge of character with some people. Like he loves Elizabeth, like he’s friends with Elizabeth Warren. He’s friends with f*cking (unintelligible) some f*cking, you know. What can you do? Uh, I mean Bernie has started opening up lines of attack against Warren. But he keeps it policy based.”

PVA journalists asked Jurek about his views on Donald Trump’s re-election bid and free speech rights guaranteed by the First Amendment. Here are a few responses from Jurek regarding those subjects:

JOURNALIST: “So if Trump gets re-elected, what—”

KYLE JUREK: “Yeah there are consequences to your f*cking actions, right? And if your speech is calling for people to be eliminated on the base of race, gender, religious… like for whatever reason, things that people can’t change, then you should expect a f*ckin’ violent reaction. And you deserve a violent reaction. Because that’s just an unacceptable thing. It’s not acceptable.”

KYLE JUREK: “The only thing that fascists understand is violence. So, the only way you can confront them is with violence.” 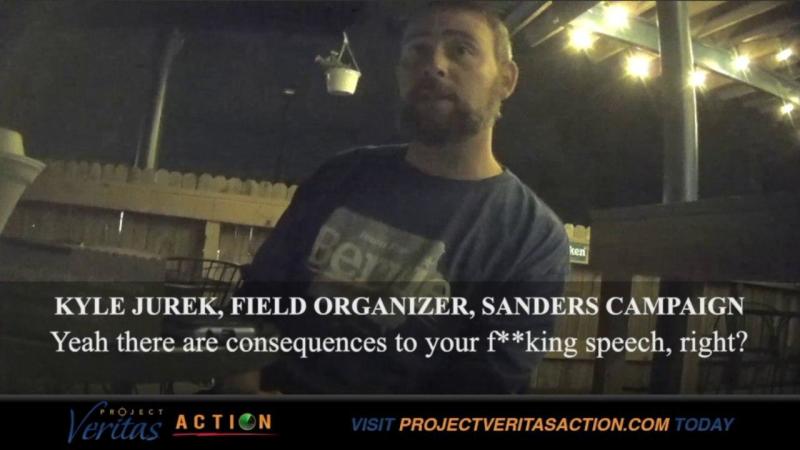